“A visual storyteller tells stories through images in a clear, meaningful way. On a professional level, it demands proficiency in arranging technical shots, framing transitions, capturing personalities, identifying highlights – all of this is done with a narrative and editorial style in mind.”
— Christina

Native Vancouverite Christina Kasperczyk has taken her visual storytelling around the world. Her multi-lingual European heritage, has enabled her to travel, camera in hand, photographing and filming through out Europe, Malaysia, South Africa, Costa Rica, the Middle East, Jamaica and many other countries.

She began her career in media design for training and education, and soon made her way into commercial media. This led to a successful transition into camera operating for film and television.

Christina worked her way through film’s competitive ranks, from camera trainee to camera operator. She has been extremely active in the film community for over 27 years, including serving on the executive board of IATSE 669 for 22 years.

Alongside her continued success with motion picture cameras, Christina is well known for compelling still photography. In order to share her love of images, Lumin Pictures Inc. was created. The goal is to bring an elegant and editorial approach of visual storytelling to celebration, event and portrait photography. 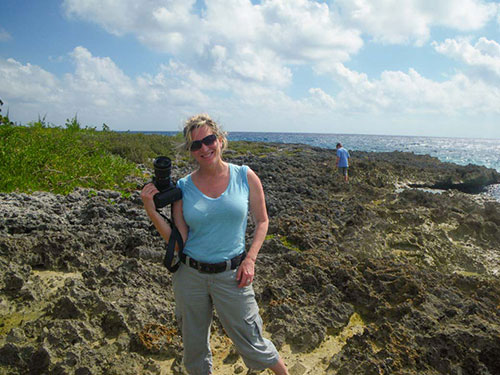